Short Abstract: Programmability refers to executable code activated on the execution environments of network elements to create the new functionality at run time with security characteristics. The primary approach is to enable trusted third parties (end-users, operators, and service providers) to inject application-specific services (in the form of code) into any or all network segments (wireless/wire access, core, metro, edge, space). Network services may utilize this network support in terms of optimized network resources, and, as such, they are becoming network-aware. Network resources’ behaviours can then be changed through a programming interface for forwarding, control, management, and servicing functionality.

In-Network Computing and Programmability (I-NCP) enables the functionality of some of their network elements to be dynamically changed. These networks aim to provide an easy introduction of new network services by adding dynamic programmability to network devices such as routers, switches, devices, and applications servers. Network Programmability empowers the fast, flexible, and dynamic deployment of new network functions and management services executed as groups of virtual machines in the data, control, management, and service planes in all network infrastructure segments. I-NCP is both an old and new approach to networking, and it is also a network design choice. It enables:

(I-NCP) techniques are moving from software-defined infrastructures towards the open edge and access networks, from continuous deployment towards full automation, from service function, chaining towards network slicing, from optimization techniques towards intelligent-based decisions, all of them leading towards further convergence between internetworking and IP layer re-engineering, Network 2030, 5G and Beyond, and industry verticals.

This panel will evaluate new results and approaches to network programmability. 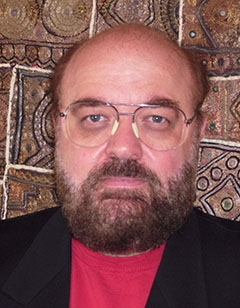 Bio: Alex Galis is a Professor in Networked and Service Systems at University College London (UCL) – www.ee.ucl.ac.uk/~agalis/. His current interests are in 5G and beyond networking, management, AI-enabled networking, virtualization and softwarization, deterministic and high-precision networking and servicing, network, and cloud programmability. He has co-authored more than 250 publications in the future Internet areas and standards, including 11 research books. He is a co-editor of IEEE Communications Magazine series on Network Softwarization and Management, IEEE Communication Magazine Feature Topic on Advances in Networking Software, IEEE JSAC series on Network Softwarization and Enablers, and Wiley’s ETRI Journal. He has served as general chair/TPC chair/keynote and panel chair/tutorials in IEEE conferences such as NOMS/IM/CNSM/ICIN/CloudNet/NetSoft. 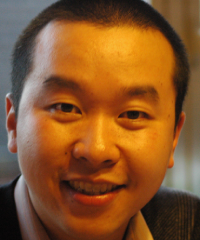 Title: “Impact of programmability on the system architecture.”

Short Abstract: Network Programmability and Computing make the network more flexible and dynamic to support the ever-changing application requirement. It used to happen a lot in the control and management planes to facilitate the (re)configuration of the network. However, the data plane programmability has attracted more and more attention in the past years as it allows switches or routers programming customized functions to be performed directly on the packet header and/or even to the data. It makes the network device protocol independent, thus greatly improves flexibility. Meanwhile, the in-network processing brings additional functionality into the network and to the networked applications that go well beyond the traditional packet forwarding. Therefore, we should re-visit the programmability of the network and computing to evaluate the impact on the system architecture.

Bio: David Lou graduated as Ph.D. in Electronic Engineering at Ghent University in 2005. In the same year, he joined the Alcatel-Lucent Bell Labs as an Innovation Researcher. He had a leading involvement and management role in several European and national research projects (Giant, Smart Touch, Metaverse1, Mistra, Shift-TV, etc.) and standardization bodies (MPEG). In 2016 he joined Huawei Technologies as a Chief Researcher based in Munich, Germany. He is responsible for defining the research strategy, steering disruptive network innovation, and coordinating collaboration with industrial and academic partners. He is also leading the standardization activities in various SDOs (e.g., ITU-T, IETF, ETSI, etc.) His interests mainly cover IoT/IIoT/I4.0, next-generation industrial networking architecture, deterministic communication, network privacy, video streaming and transportation, and immersive communication. He is the co-chair of the IIC Networking Task Group and has been actively involved in relevant industrial development activities. He has (co-) authored more than 30 scientific publications and white papers. He has been granted more than 20 patents. 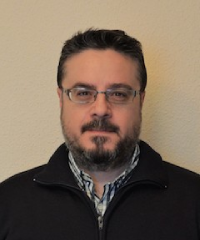 Short abstract: After huge academic and research work in the programmability of networks, telco providers are introducing those capabilities into operational networks. This presentation overviews the steps followed by Telefonica in that direction.

Since August 2011, he is part of Telefónica I+D / Telefónica Global CTO unit, working on 5G, SDN, virtualization, transport networks and their interaction with cloud and distributed services, as well as on interconnection topics. He is also a part-time lecturer at the Universidad Carlos III of Madrid.

Before the position in Telefónica, he worked in Alcatel and Orange. He is actively involved in research and innovation activities, with 70+ papers published in relevant journals, magazines, and conferences, being a regular speaker at reputed academic and industrial events.

He has participated in several projects funded by the European Commission and the ESA. Currently, he is working on the EU H2020 projects 5GROWTH and 5G-EVE, the EU-TW 5G-DIVE, and the EU GNSS Agency project ROOT. In the standardization arena, he is an active contributor to IETF (authoring five RFCs), ETSI, O-RAN, ITU-T and ONF.

Title: “Integrating networking and computing capabilities in the core of future networks.”

Short Abstract: I will briefly present the advantages of melding networking and computing capabilities in the core of future networks. I then show how such a combination could be a fundamental cornerstone to build and offer novel network functions and services that could potentially break the tenets of today’s Internet and achieve stringent performance requirements needed by future Internet applications.

Bio: Mohamed Faten Zhani is an associate professor with the department of software and IT engineering at l’École de Technologie Supérieure (ÉTS Montreal) in Canada. His research interests include future Internet architectures, cloud computing, network function virtualization, software-defined networking, and resource management in large-scale distributed systems. Faten has co-authored several book chapters and research papers published in renowned conferences and journals, including IEEE/IFIP/ACM CNSM, IEEE/IFIP IM/NOMS, IEEE INFOCOM, IEEE transactions on cloud computing, and IEEE Journal on Selected Areas in Communications (JSAC). He delivered more than 10 keynote speeches in renowned conferences and workshops in the last couple of years. He also served as the general or technical program chair of several international workshops and conferences. He is also co-editor of the IEEE Communications Magazine series on network softwarization and management, associate editor of the IEEE Transactions of Network and Service Management, Wiley international journal of network management, and managing editor of the IEEE softwarization newsletter.

He is co-founder and vice-chair of the IEEE Network Intelligence Emerging Technology Initiative and a cluster lead at the IEEE P1916.1 SDN/NFV Performance standard group. Faten recently received the IEEE/IFIP IM 2017 Young Researchers and Professionals Award as a recognition for outstanding research contribution and leadership in the field of network and service management. More details are available on his web page.

Short Abstract: Network programmability will undoubtedly play a big role in the years to come. At the same time, in-network computing is becoming the next big promise that will fundamentally change networking as we know it. In-network computing will touch upon aspects of improved network routers with new functionality but will also come with improved storage capabilities. This is a paradigm shift that has the potential to open new horizons for the Internet architecture itself and enable things like content-addressable networks to become a reality. In this panel discussion, I would like to raise issues related to i) how can content-addressable networks and the benefits that they bring be accommodated within network programmability? ii) is in-network computing paving the way towards a more decentralized version of computing? and finally iii) what are the requirements that need to be included in programmable computing networks at the design phase so that we arrive at more privacy-preserving and decentralized Internet services?

Bio: Dr. Yiannis Psaras​ is a Research Scientist at Protocol Labs. He is heavily involved in identifying the future research directions for IPFS and libp2p, especially regarding the limitations that current versions of the protocols are expected to face.

Before joining Protocol Labs, he was an EPSRC Fellow and University Lecturer (Assistant Professor) at University College London. For the past decade, he has been interested in areas related to resource management techniques for current and future networking architectures with a particular focus on routing, caching, and congestion control. Over the last few years, he has focused on function-centric networks to realize distributed and decentralized edge computing, also referred to as “computing in the network”. He held a prestigious EPSRC Early Career Fellowship (2015-2020) in the area of “decentralized content-oriented and service-centric edge-computing architectures”. He has been heavily involved in the effort to shift the Internet towards an Information-Centric Networking environment, which he is now materializing through his contribution to the IPFS Ecosystem.

Dr. Psaras has received five (5) Best Paper Awards for his work and has attracted more than £2.5M in research funding to date from the Engineering and Physical Sciences Research Council (EPSRC, UK), the EU FP7/H2020 framework programs, and from Innovate UK.