Abstract: In 2019, Armenia developed its local team of experts working – in collaboration with the Pouzin Society – on the development of RINA and defining the various axes comprised within the deployment of this groundbreaking innovation. RINArmenia assumes the mission of expanding the knowledge and expertise in RINA on a national scale; in a country where the IT sector is continually booming, and thus, rapidly shaping the backbone of its economic expansion; in the sole purpose of defining Armenia as the first centre of excellence in RINA.

Bio: Annie Voskanian is Chief Technology Officer at RINArmenia since 2019. She received her MSc. in Information Technologies and Telecommunications from the Institut Mines Telecom Atlantique in 2016. She experienced work as Project Manager Assistant in Information Systems in large corporations in France, such as TF1. From 2017 to 2019, she also led the scientific cooperation between the French Alternative Energies and Atomic Energy Commission (CEA) and the Armenian Regional Survey for Seismic Protection.

Title: 2STiC: Looking at the Future of the Internet

Abstract: The Internet has become a vital piece of infrastructure in our society. However, the internet was not designed with its current use in mind. As a result the internet suffers from a number of limitations, for example in the area of security and mobility. To address this, AMS-IX, NLnet Labs, SIDN Labs, SURFnet, TU Delft, the University of Amsterdam and the University of Twente work together in the joint research programme called 2STiC (pronounced « to stick »), which is short for Security, Stability and Transparency in inter-network Communication. In this programme, the goal is to develop and evaluate mechanisms for increasing the security, stability and transparency of internet communications, for instance by experimenting with and contributing to next-generation internet architectures. In this presentation, we will introduce the 2STiC programme, give an overview of part of our research so far and our plans with relation to RINA. 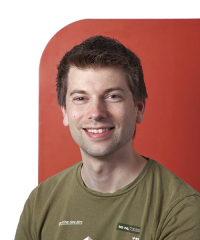 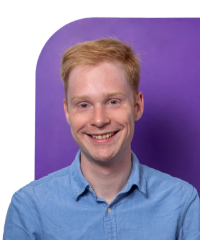 Caspar Schutijser works as a Research Engineer at SIDN Labs, the research team of the operator of the .NL top-level domain. He works on researching future internet architectures. Additionally, he also works on improving IoT security. He obtained a Master’s degree in Internet Science and Technology from the University of Twente.

Joeri de Ruiter works as Research Engineer at SIDN Labs. In his research he focuses on emerging internet architectures. He evaluates how these architectures work in practice and contributes to their development. Next to this he also looks at security in the current Internet. Before joining SIDN Labs, Joeri worked as assistant professor in the Digital Security group at the Radboud University.