Abstract: The ICT community has recently observed a growing popularity of software paradigms such as Network Function Virtualization and Software defined networks.
Such novel approaches advocate for a change in the network elements:from static, expensive, hardware equipment (e.g. router, switches, firewalls) towards flexible, cheap pieces of software that are executed  as software functions on a commodity server.
In this context, the software flexibility may lead to a great data availability at very fine grain. It is in fact possible to rapidly modify the software components of the network application to provide access to a huge quantity of data that were previously hidden to the user(s). As a result, machine learning techniques are starting to be applied within network applications for a plethora of scenarios, ranging from anomaly detection, to performance prediction.

For this tutorial, we propose a 3h hands-on session on this broad topic, with the following schedule:

In this tutorial, the speakers will present the theoretical background for a better understanding of the challenges related to the AI+NFV environment. Then, participants will be guided to reproduce most of the presented results, via the usage of open-source free-to-use libraries (pyTorch, DPDK, MoonGen). Access to GPUs can be granted via the Google Colab facility (colab.research.google.com). 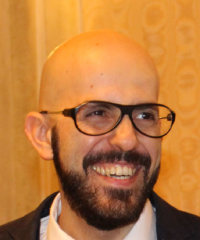 
Leonardo Linguaglossa is a post-doctoral researcher at Telecom PairsTech (France) and Visiting Researcher at TU Munich (Germany). He received his PhD in Computer Science in 2016 through a joint program among Alcatel-Lucent Bell Labs, INRIA and University Paris 7. In 2018/2019 he received a research grant for his project « Artificial Intelligence for Performance ». His research interests focus in the design and prototyping of systems for high-speed networks, algorithmics and data science for networks. Previously, he worked with CNIT (Italy), Bell Labs (France) and INRIA (France). 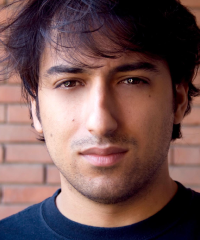 
Aldo Lipani is a Asst. Prof. in Machine Learning at the University College London (UCL). Aldo’s research broadly focuses on Information Retrieval, Natural Language Processing, and Machine Learning. Previously, he was, also at UCL, a Postdoctoral Research Associate in the Web Intelligence group. He earned his Ph.D. in Computer Science at the TU Wien, Austria with the thesis titled: « On Biases in Information Retrieval Models and Evaluation ». Aldo has furthered his studies at the National Institute of Standard and Technologies (NIST) in Gaithersburg, Microsoft Research Cambridge, University of Glasgow, University of Amsterdam, and National Institute of Informatics (NII) in Tokyo.

Abstract: Progressive digitalisation, advances in communication technologies and the increasing complexity and resource demands of Big Data and Artificial Intelligence applications are fostering the need to support fine-grained dynamic management of resources on the Cloud-to-Edge continuum.

This tutorial introduces the fog computing system proposed by the EU-Korea project DECENTER to enable the harmonious orchestration of IoT and computing resources owned by big and small providers in dynamically created multi-cloud, federated environments. Starting from the requirements posed by applications, the tutorial discusses challenges related to management of data, resources and workloads, and presents practical yet innovative solutions that have been designed and implemented to address them.

The following demonstration and discussion sessions show how to manage and share computational resources in a distributed/fog environment leveraging an extension of Kubernetes (called FogAtlas) and the Ethereum blockchain. Participants will get familiar with the operations of a fog computing environment, dealing with various practical tasks, namely fleet management and provisioning, zero-touch application deployment, workload placement and resource sharing among infrastructures belonging to different providers. 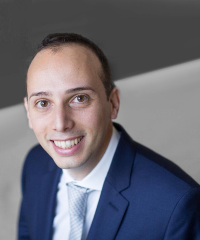 
Domenico Siracusa is the head of the Robust and Secure Distributed Computing (RiSING) research unit at Fondazione Bruno Kessler (FBK). Previously he was senior researcher and deputy head of the Future Networks research unit at CREATE-NET. He received his master’s degree in Telecommunication Engineering and his PhD in Information Technology both at Politecnico di Milano, respectively in 2008 and 2012. His current research interests include cloud and fog computing, SDN/NFV and virtualization, security and robustness. Domenico acted as proposal leader and scientific manager for both competitive EU-funded projects and commercial activities with important telecommunication vendors. He is project manager and technical leader of the H2020 EU-Korea DECENTER Project. In the past, he has been the coordinator of the ACINO project and the activity leader of the EIT Digital DigiFlow project, and was involved as principal investigator, workpackage leader or contributor in other FP7/H2020, EIT digital and commercial projects. Domenico authored more than 90 publications appeared in international peer reviewed journals (such as IEEE Transactions on Network and Service Management, IEEE/OSA Journal of Lightwave Technology, IEEE Communications Magazine, IEEE Systems Journal, etc…) and in major conferences on networking technologies.


Daniele Santoro joined FBK in 2008 as a research engineer supporting the internal experimentation infrastructure. He joined the Robust and Secure Distributed Computing unit in 2018, where he currently works as DevOps & Developer on research projects leveraging IaaS and PaaS technologies like OpenStack, Cloud Foundry and Kubernetes.

Abstract: The advent of “5G” constitutes a new chapter in (mobile) communication services. While 5G is generally associated with high data throughput and low latency, these aspects represent just some of the many technological advancements that distinguish the 5G radio network and the 5G core network from the contemporary (4G) mobile communication system. Radio and core have undergone fundamental upgrades to enable a plethora of new use case in 5G, compared to 4G. 5G targets a large number of market segments, including mobile users, industry, agriculture, IoT, traffic, energy, railways, to mention just a few

This tutorial will present some of the latest architectural principles of 5G, including, but not limited to Cloud RAN & Distributed RAN, Edge computing, User plane optimization, Network slicing and Exposure. The tutorial will also look into 5G in relation to (IMS based) multimedia communication, Industry 4.0 and Automotive applications. Whilst the tutorial will be built up from “presenting”, it also aims to inspire, so as to arrive at new, innovative applications that may be realized with 5G. 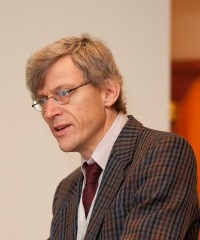 
Bio: Rogier Noldus is principal solution architect at Ericsson Netherlands, in the department of Communication services, sub-division Value added services (VAS). Rogier obtained his MSc degree at the Witwatersrand University in Johannesburg, South Africa. Rogier joined Ericsson in 1996 and has worked on the standardization (3GPP) of the IN standard for mobile communication networks (“CAMEL”) and has, since the completion of the CAMEL standard, ventured into IMS, 4G, VoLTE, Enterprise communication services and 5G. Rogier has filed over 100 patent applications and is the (co) author of several books on mobile communication technology. He is also part-time lecturer at Delft University of Technology.